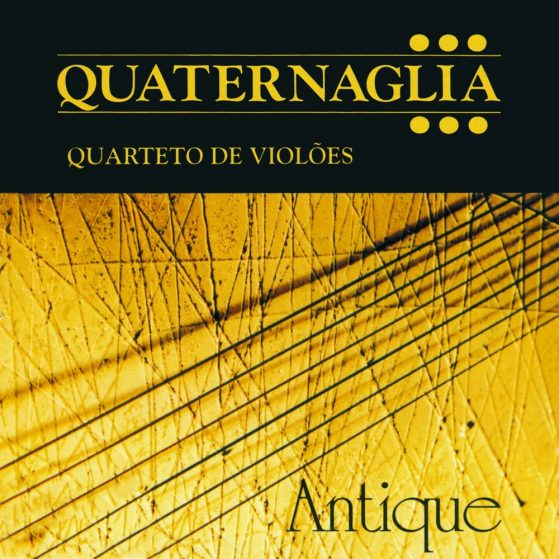 The German Musicologist, Carl Dahlhaus (1928-1990), says in his Musikästhetick that a musical interpretation must meet at least the following conditions: number one, the musical text can not be ignored; number two, there must be coherence and no conflicting aspects; number three, something else must be shown, the interpretation can not be exhausted in the performance of the simple literalness of the piece. When we speak in terms of musical transcription and arrangement of a piece which has an instrumentation different from that originally conceived, it is possible to apply the same principles above as basic work criteria: loyalty to the original score, inner coherence in the idiomatic use of the new instrumental texture and if possible to show aspects that are potentially present in the original piece so that they may be especially emphasized in the transcription. The same occurs in a translation – we must accept the fact that it is impossible to maintain exactly all the characteristics of the original text. As far as the repertoire chosen by Quaternaglia for this recording is concerned, we can say that besides the general aspects, there are specific reasons in each piece that explain the transcription for a guitar quartet.

Today, the “instrumentation” or the “sound form” of a piece is seen as part of the composition. During the Renaissance, this idea was not completely established yet. This means in many cases that -even in the 17th and 18th centuries- it is possible to believe that the choice of the instrumental arrangement is part of the performance of the piece not of its composition.

The German theoretician and composer, Michael Praetorius (born in Creuzburg), used to leave his pieces open so that various instrumental combinations could be tried, both within the same family or with different instruments. Gilbert Biberian (England), author of the transcription, says: “Probably, Praetorius would not object to these dances being performed by an ensemble of guitars”.

The eight pieces that are presented here are part of the Terpsichore cycle dating from 1612. The dances were specially chosen by Biberian, since Praetorius did not organize his work in suites which started to be currently used at that time.

An important aspect of the guitar quartet combination, even though this may seem too obvious, is the fact that there are four instruments. From this number, a formation born today can be connected with the prevailing “four-voice thought” that is present in most western music history. This is evident in pieces that involve a marked polyphonic component such as those by the English composer, Tobias Hume. He did not write these pieces in a conventional staff but in a tablature similar to that used in France for the lute writing. They can be found in a piece published in London in 1607 for lyra viol (a small bass viola da gamba) entitled Captaine Humes Poeticall Musicke. Here is what Gilbert Biberian says about his arrangement: “The title Intavolatura is a metaphor. I had to go back to the principles of the Renaissance music. It is a true transcription. Nothing from the original piece was changed”.

Born in Magdeburg, Georg Philipp Telemann was the most significant composer from northern Germany school during the first half of the 18th century. In this piece, originally entitled Concerto a 4 violini Senza Basso, it is as if the composer had only used the concertino (a soloist group) from the baroque concert and removed both the solo and the tutti. To get this result, Telemann uses various combinations among the four instruments and this includes a sophisticated use of polyphony with canonical entrances which were rather uncommon in his pieces.

A violoncellist and an Italian composer born in Lucca, Luigi Boccherini, went to Vienna and Paris before settling in Madrid in 1768. Boccherini’s quintets can be classified in two different types: quintets , more elaborate scores, and the so-called quintettini, less pretentious compositions which were often adapted from other quartets and quintets by the composer himself. Such is the case with pieces that include the guitar or more specifically the 5 order guitar. When Grave Assai and Fandango first appeared in 1788 there are initial movements of a quintet with two violoncellos (op.40 n.2) as stated by the author: “quintettino imitando il fandango che suona sulla chitarra il Padre Basilio”. Padre Basilio (Miguel Garcia) was an important Spanish guitar player, one of the first to use 6 simple strings in the guitar. The guitar is included in the piece in 1798, arranged by Boccherini himself and devoted to the violoncellist, Marquês Benavente: the two final movements of the no. 4 quintet for guitar and string quartet (Gérard 448). This is the version used in the guitar quartet transcription which to a certain extent restores the piece to the instrument that first inspired its composition.

The Neapolitan Ferdinando Carulli studied the violoncello before definitely choosing the guitar. He settled in Paris in 1808 where he worked actively as a composer, interpreter and didact. He wrote nearly 400 pieces for and with the guitar. The Sonata op.21 no. 1 written for the guitar solo probably appeared before his famous Méthode Complète pour Guitare in 1810. Conceived according to classical patterns and under the influence of the Italian opera, the piece seems to offer an “orchestral” view of the instrument,an aspect emphasized in the version for quartet. For the present performance, a version for the piano and the guitar was also taken into account.

“Tobias Hume’s Intavolatura shows the effort made by each member of the group so as to neutralize his soloist personality and play as if the four musicians were one single body.” Antonio Gonçalves Filho (Estadão)